In March 2011, the Rwanda Surgical Society hosted a workshop in Kigali on the theme “Strengthening Rwanda Surgery.” Rwanda has been extremely successful in combating morbidity and mortality due to communicable diseases and is now actively tackling treatment of non-communicable diseases, many of which require surgery. However, there are very few surgeons in Rwanda, and over the past several years, there has been growing interest amongst local, regional and international partners to promote Emergency and Essential Surgical Care as well as specialty surgical care in Rwanda. Therefore, the purpose of the workshop was for stakeholders in Rwandan surgery to meet one another, form the basis of lasting partnerships, and strategize on cooperatively expanding surgical services. The attendees were forty-five surgeons, anesthesiologists, industry representatives, residents, students, and others from five countries. There were some long-term and some brand new participants in Rwanda surgery, but all were eager to form a collaborative with a shared vision of a Rwandan-owned, sustainable surgical training and delivery program.

Blogging From Brigham and Womens Hospital 3/19/2012

In advanced countries like the United States, it is rare for strep throat, a common and highly treatable infection, to lead to rheumatic heart disease, a life-threatening condition. In underdeveloped nations like Rwanda, however, rheumatic heart disease claims the lives of many children and young adults because medications, like antibiotics, and interventions are simply not available.Last month, a team from Brigham and Women’s Hospital (BWH), Massachusetts General Hospital, and other hospitals from across the United States, returned from an annual trip to King Faisal Hospital in Kigali, the capital city of Rwanda, to perform heart valve replacements and repairs for Rwandan residents who would otherwise die without them. Led by Dr. R. Morton Bolman, Chief of Cardiac Surgery at BWH, Team Heart was formed in 2007 as a ten-year mission to provide cardiac surgical care for Rwandans with rheumatic heart disease, as well as medical and surgical training for physicians and nurses at King Faisal Hospital.“This nation of more than 11 million people has less than one quarter of the number of physicians and nurses in our hospital in Boston,” said Dr. Bolman. “Team Heart’s ultimate goal is for Rwanda to have a sustainable cardiac surgery program at the end of our ten-year mission.”For each of the annual mission trips, Team Heart travels with a group of 35-40 individuals, comprising surgeons, anesthesiologists, nurses, perfusionists, residents in surgery and anesthesia, pharmacists, and volunteer support staff. An “at home” support team at BWH also helps in many ways, from loaning surgical instruments and enabling the purchase of supplies at cost, to packing, shipping, grant writing, and fundraising. The highly-specialized cardiovascular team at BWH also provides remote support during each mission.

END_OF_DOCUMENT_TOKEN_TO_BE_REPLACED

http://healthhub.brighamandwomens.org/
Posted by Team Heart, Inc. at 3:56 PM No comments: 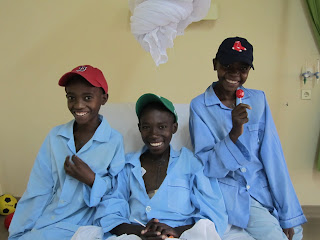 Greetings to all of our followers and thank you for the wonderful support illustrated during our trip. It was amazing in many, many ways. The team was wonderful absolutely no drama, just pure teamwork. Our Rwandan colleagues were gracious hosts and valued team members. But we left feeling a great sense of pride. 16 patients, received valves between the ages of 14 and 36. Most patients selected were in the early second decade of life—and all but one with rheumatic heart disease.

The patients were all discharged in a reasonable time frame rivaling our LOS here in US. Several, have had a more challenging time of managing the INR and two have been readmitted for further management of Coumadin. We send messages through our local patient support group wishing for a speedy recovery and receive updates of how everyone is doing.

Many of you might be aware that one of our patients died soon after our return. I mention Alexis because this patient illustrates our reason for being in Rwanda. Reaching our goal to ultimately having a full time cardiac surgical program would have brought this young adolescent to surgery earlier. A cardiac catheterization lab would have provided early accurate diagnosis.

Alexis, a young 14 year old, won our hearts by being his own best advocate. Not that he had to be his advocate alone, Dr. Pat Come, Dr. Danny Muehlschlegel, Dr. Chuck Edwards and Dr. Gita Mody and the entire step-down nursing team also felt he should have this chance and served as the most devoted advocate team ever. Definitely not straightforward, every possibility of surgical intervention was debated. After 4 years of saying we would not place a PA line in Rwanda, we placed a PA line to rule out pulmonary hypertension as part of the work up! The strong support for this young man had each person on the team cheering for him, as well as all the other patients joining in. He did well very initially and was among the first to be discharged. But he awoke during the night, a few days after discharge, felt anxious and died en route to the nearest hospital.

Of all of our patients this trip, he had one of the most secure home situations to be discharged to. An orphan, he was doted on and well cared for and lived in a very secure and clean environment. Much love shown to him and the orphanage provided wonderful care. Everything material needed was provided as well as emotional support and guidance. He was a very happy teenager....

For us, it was not expected. But we have long learned from looking at our successes, that you cannot predict the outcome in some and life is often fragile. We grieve for his youth, the loss of the young man we had already had a vision to have a wonderful future and give back to his country.

In his name and for others, we will establish a patient resource fund to provide education, support and follow-up for all patients having received Team Heart care. We think Alexis would like this—

Sara, a 4 year Team Heart RN in the step-down took the photo of the three young men who won our hearts, Alexis is in the middle in the green hat, Celestine in the red, Jean de Dieu in the navy. Here they are celebrating post op, the day before the step-down nurses departed.... 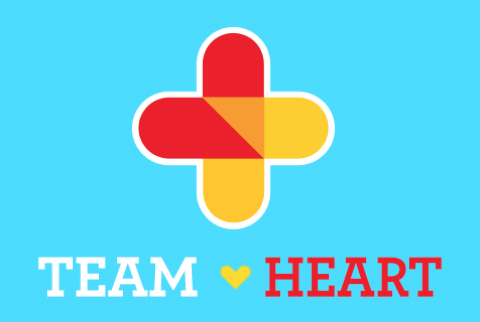